Usually I only show you pictures of the studio after I’ve cleaned it up a bit. Right now I’m in the middle of SO. MUCH. FUN. and creativity, I don’t want to stop to clean. In between the rug hooking frenzy, I’ve allowed myself to play with a box of leftover pre-cut fabric strips. 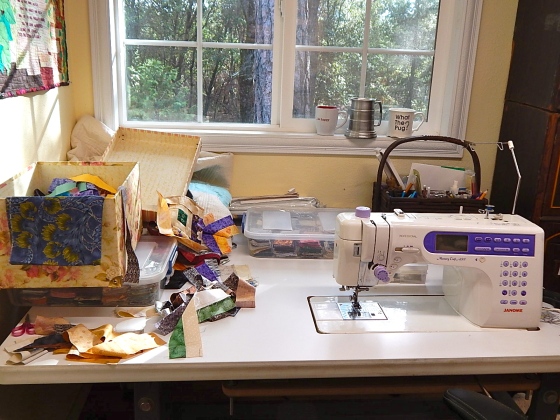 I’m enjoying this project quite a bit. Its tempting to add more fabrics in, but I’m making myself stick with the strips that are already cut in that box. The only fabric I added is that blue and green print. I think it adds a lot of focus to the piece. 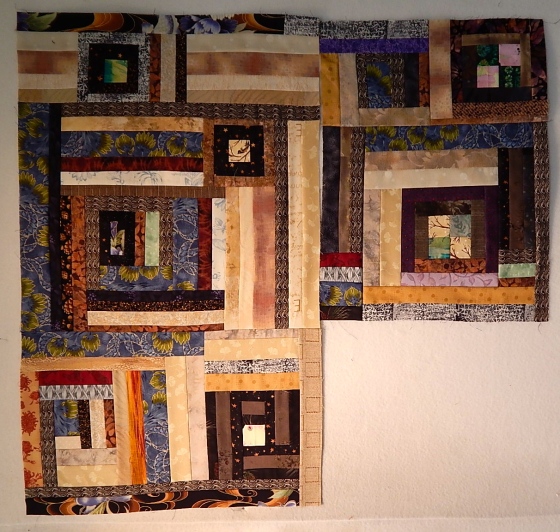 And, at the other end of the room–rug hooking central! Oh, and you can see in this picture that I got a large cutting mat that I cut to fit the entire desk top! Super good purchase–got it at Joann’s with a 60% off coupon! Before now, I’ve only worked with a 15X20 cutting mat!

I am so enjoying working on this big rug. Its hard to stop!

Close-ups. I added white “coral” on one side, and coral colored coral on the other side.

I took a break from quilting to concentrate on the rug hooking, but of course, I never completely stop stitching! These are two “travel projects. I started this one when I went to PIQF last October. Just an excuse for obsessive stitching. And as you can see, its not finished yet. I’m trying to think of some creative way to finish off all those bendy borders. 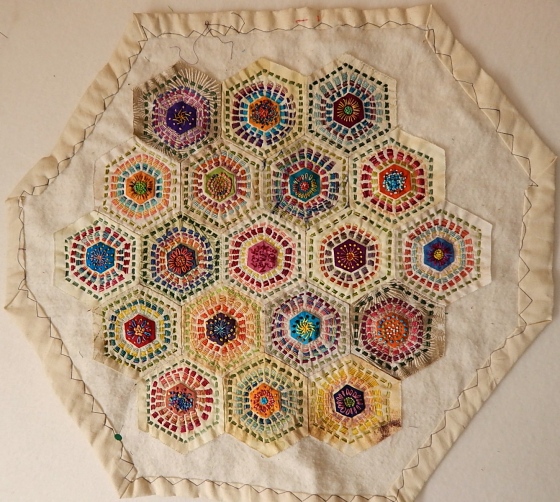 Close-ups: I had a little french knot obsession going on! 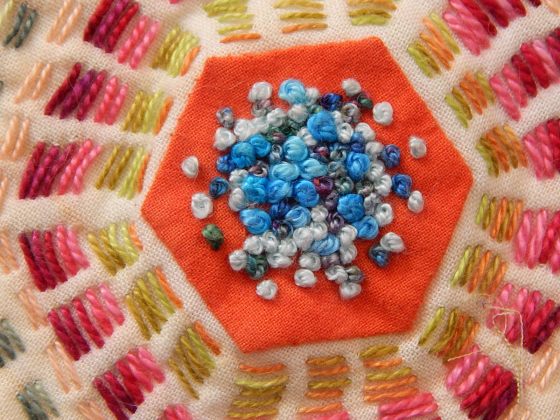 And of course, had to add a few words: 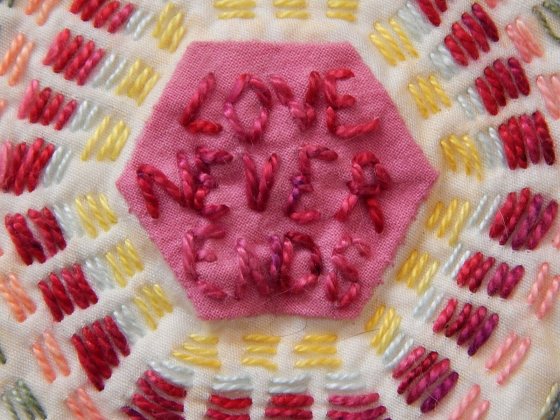 This next was my travel project for the recent rug hooking trip to Anaheim. I hook all day at these retreats, and I like to have a project to hand stitch on in the evening in my hotel room. I saw something that made me think of making circles that weren’t circles, and that appealed to me. I didn’t have anything  in mind except adding one big off-center circle. Then I took some of the leftover pieces and added them on to one side. And then I thought, well, it would be more balanced if there was a third element added. By then I realized that it was starting to look like tide pools.

I stitched obsessively on the motifs. But before I was very far, I knew I wanted to experiment with adding a second layer of stitching to indicate water ripples. 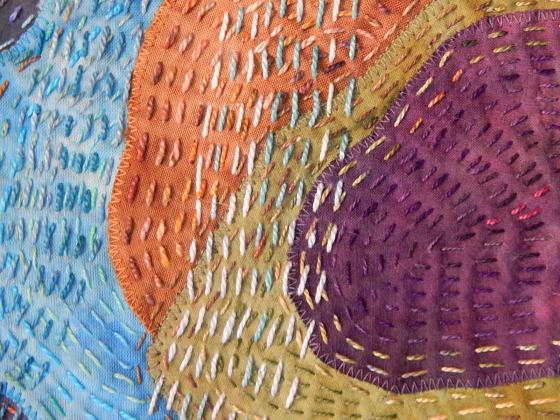 And then I thought about adding “barnacles” using yo yos. Now it has a dimensional element, so I am feeling like I need to add another dimensional element. NOT an octopus 🙂 Maybe a starfish. And a lot of beading. But before I can do any beading, I will have to clean my studio. So for now, it will stay on the design wall awaiting inspiration. 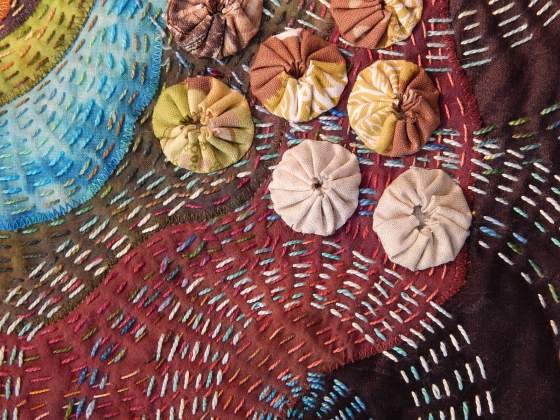 2 thoughts on “In The Studio”