Working on this Hallelujah quilt has been challenging, to say the least. I had an idea, but that idea included a lot of things I had never done before. And I guess I’ve been more nervous about this particular quilt because I very badly want it to turn out good. Changing my vision along the way has created more uncertainty. And to be fair, I do tend to drag my feet when faced with learning something new.

I think I showed you this before–just fitting the 10 panels together into a finished top was a challenge. It looked a little empty, and I had the thought to add more circles. 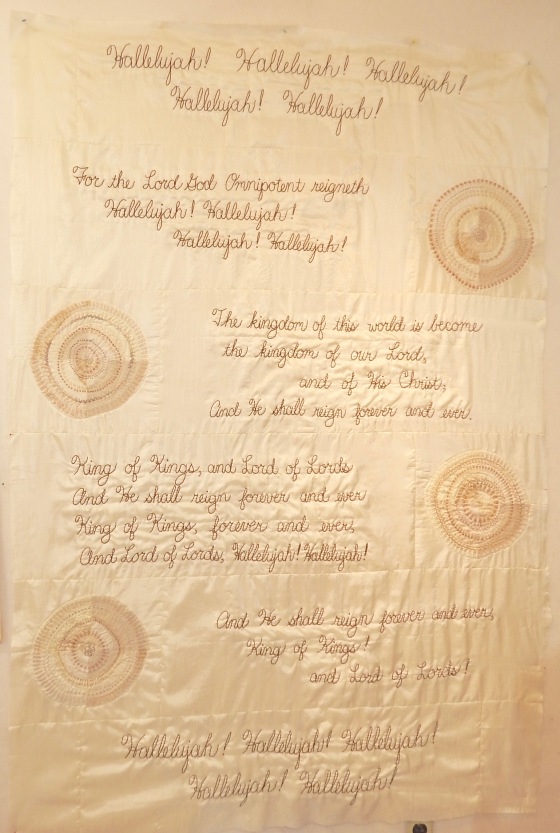 But I thought that might look silly, so it sat untended on the design wall for a few days. One day I told myself, just go out and try a few circles. That’s all you have to do.

And surprise, surprise, I liked it. So I set about cutting a myriad of circles out of various fabrics, and pinning them to the top to decide where to place them. 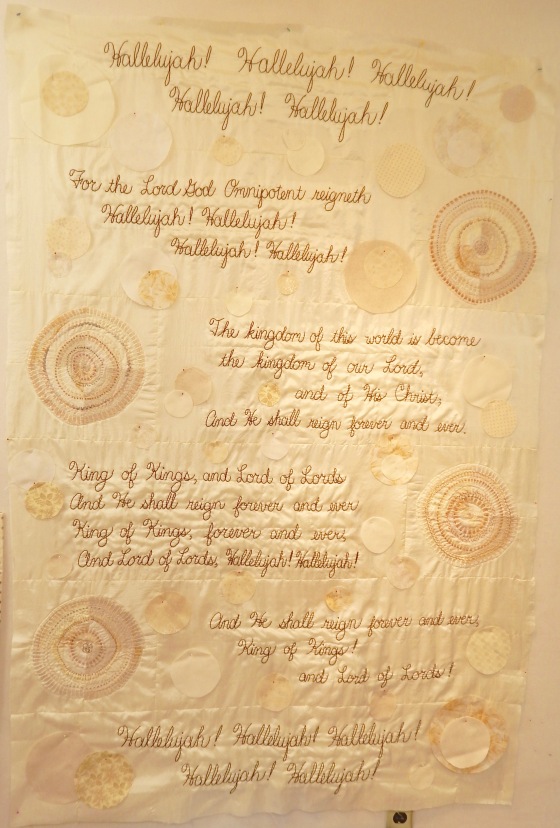 Once the circles were zig zagged in place, it was finally time to make the quilt sandwich. Oh, but first I had to make the back. Of course, I did not have one piece big enough for the back, so I used four different light colored fabrics and pieced together the back.

NOW it was time to make the sandwich. Another thing that caused me great concern. I usually rely on steam to put my quilt sandwiches together. That would not work with this slippery top and the wool batting. Oh, when I took the wool out of the bag, it was very wrinkled. Somewhere in the recesses of my memory there was something about putting it in the dryer for a few minutes. Google to the rescue–I put it in the dryer with a damp washcloth for less than 10 minutes–perfection!

So. I decided I would just pin the daylights out of this top. But shortly into that process, I became concerned about moving it and trying to machine baste it. Since the layers weren’t steamed together, I did not have faith that there wouldn’t be slippage in that process.

So I decided I needed to hand baste it. Here is how it looked to me. An ENDLESS sea of pins, waiting for the slow and painful process of hand basting.

My finger was getting a beating. I remembered I had these little thingies, and they came in very handy. I tried to be patient and basted it in a 4-5 inch grid. 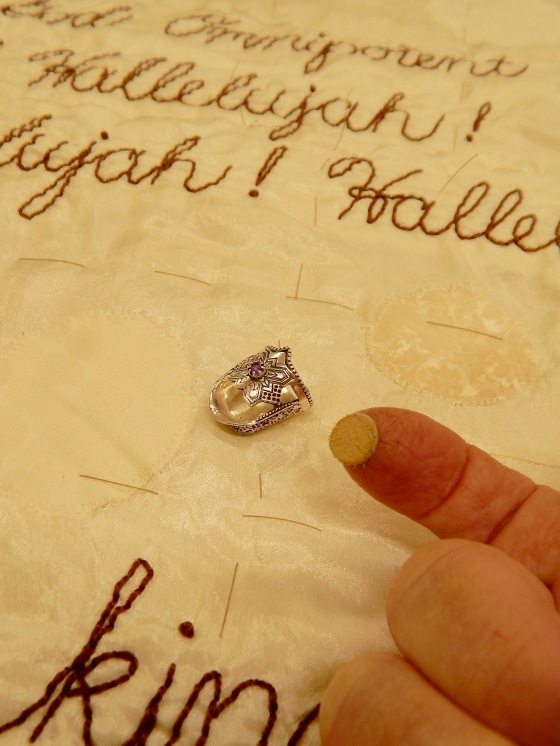 And after three days, it was basted. I checked the back, and amazingly, there were no pleats. So I folded it up and put it on the quilting table. More decisions awaited me.

6 thoughts on “Working without a Net”